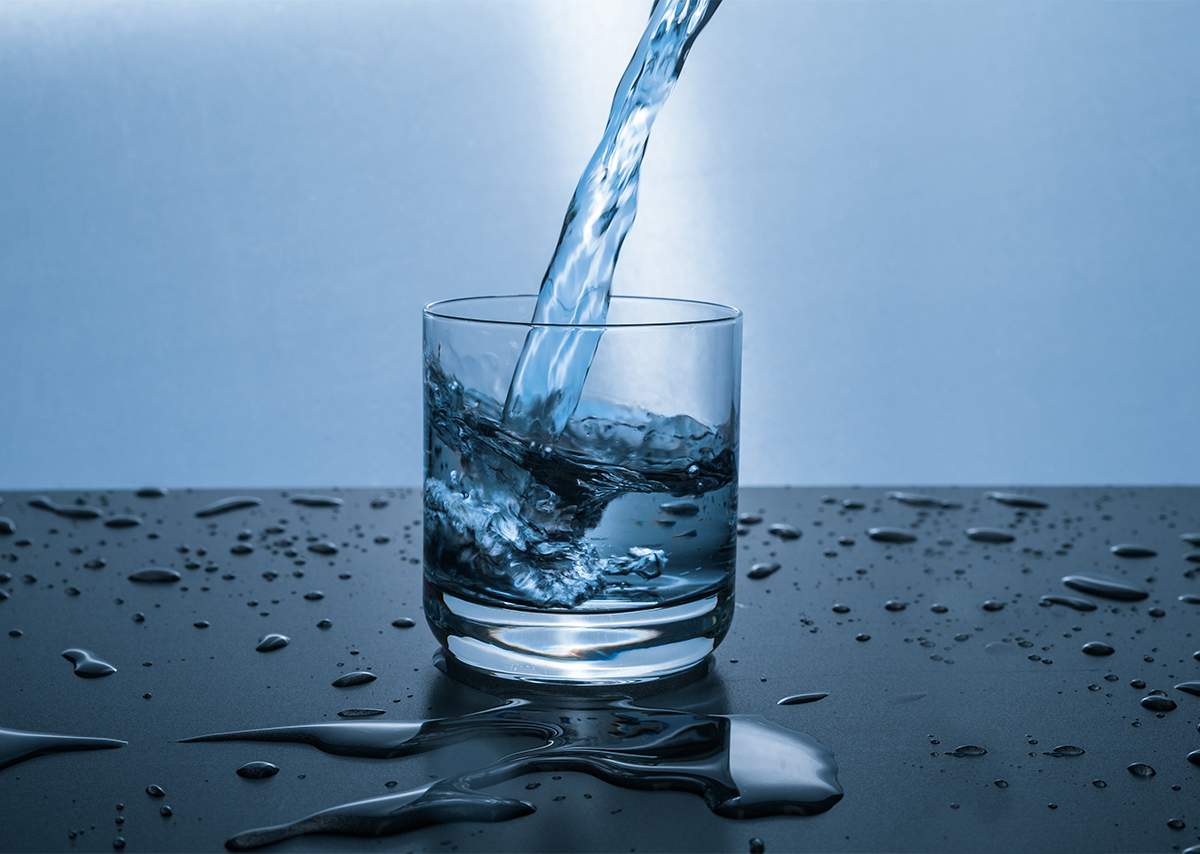 Approximately 60 percent of the human body is made of water. However, we lose water every day when breathing, digesting food, eliminating waste and sweating. The amount of water people consume in fluids or food depends on various factors that include geographical location, season and physical exertion. The body also needs extra fluid when recovering from injury or illness. Thus, we need to replace the water or suffer from dehydration. When properly hydrated, water performs many important functions.

Water is necessary for normal cellular, tissue and organ system function. Water is needed for the body to manufacture chemical compounds, which are then transported along with nutrients from one location to another via the blood and through the cell walls. Water keeps cells and tissues moist. The fluid additionally cushions and lubricates cells, tissues and joints.

Adequate hydration keeps the nasal passages, lungs and bronchial tubes moist. Without enough water, mucus builds up in the throat, which stimulates the cough reflex. Excess mucus in the lungs thickens and becomes sticky. The body then responds by triggering the immune system to initiate inflammation. Mucus trapped in the lung linings leads to bronchitis. Dehydration also triggers the immune white cells to transform an amino acid known as histidine into histamine, which is responsible for respiratory allergy symptoms. Once the body receives more water, histamine production declines and breathing becomes easier. Many people suffer from asthma, which occurs when the bronchi spasm. As the passages narrow, wheezing occurs, which makes air exchange more difficult. Hydration corrects the problem. Mucus formation and thickening are common when respiratory illness occurs. By continuing to drink fluids throughout the day, the substance thins and is easier to expel from the body.

Saliva is basically water and enzymes. The fluid helps you chewing and break down foods into a bolus that is then transported to the stomach. While in the stomach, the water and acid content breaks the food down further into nutrients and fiber. As the bolus moves to the intestines, vital nutrients are extracted. The fluid and fiber contained within the intestinal tract ensure that the end product moves to the colon and out of the body.

Numerous people suffer constipation at one time or another. Constipation occurs as the colon extracts water from the stools to replace the fluid in other locations. However, when stool does not have enough water, bowel movements occur less frequently, which causes waste buildup. The body also has more difficulty moving stool through the bowel. Daily diets must contain a combination of water and fiber. Water moves the fiber through the bowel, which acts similar to a broom and works with peristalsis to move stool through the colon.

Water transports waste products out of the cells and to the kidneys via the blood. Once the fluid enters the kidneys, the organs begin the filtration process. They retain the electrolytes and fluid needed to provide a balanced environment. Blood urea nitrogen, electrolytes, and other wastes are then eliminated from the body. When the body has a sufficient level of fluids, the urine produced is light in color, clear and odor-free. On the other hand, when someone is dehydrated, their urine is darker and has a distinctive smell. The kidneys also may not filter properly, which leads to the development of kidney stones from mineral retention. High fluid intake increases the volume of urine and prevents minerals from clumping and forming stones.

Women commonly pay more attention to their body’s nutritional needs during pregnancy. However, proper hydration is also important. In order to have a healthy pregnancy, a woman needs 300 to 500 additional calories and 1.5 to 3 cups of more water daily. Extra fluid is particularly essential during the first three months of pregnancy. Otherwise, an expectant mother suffers from varying degrees of morning sickness. By increasing water consumption, women are less likely to suffer from constipation and reduce the risk of developing urinary tract infections. Proper hydration also prevents a condition known as oligohydramnios, which involves an insufficient level of amniotic fluid that leads to complications. If a new mother decides to breastfeed the infant, they must continue getting an additional three cups of fluid daily to ensure adequate milk production.

If not adequately hydrated, the body cannot perform basic functions let alone engage in additional physical activity. Becoming dehydrated by not replacing lost fluid decreases motivation and causes fatigue, as muscles contain up to 80 percent water. Dehydration also interferes with the body’s ability to regulate temperature. Intense workouts cause the body to keep itself cool by sweating. Exercising in extremely warm environments causes the body to lose that much more fluid. Physical activity may cause the body to lose two to six percent of the body’s water via sweat depending on the intensity and environmental temperature. Taking periodic breaks and rehydrating enables the body to endure exercise and allows the muscles to continue working properly.

Like other organs, the brain contains water. Losing one to three percent of body fluid has been shown to impair cognitive function. Research reveals that losing approximately that much fluid equates to 1.5 to 4.5 pounds for an average person weighing 150 pounds. Losing water while exercising makes concentration and focus difficult. Memory loss may occur. An individual’s mood may also become altered and lead to anxiety. Dehydration also causes headaches and may be the cause of migraines in some people. By replacing lost fluid, dehydration headaches resolve. Studies indicate that hydrating additionally has an effect on the duration and intensity of other types of headaches.

Water helps in multiple ways when attempting to lose excess weight. Drinking two cups of water 30 minutes before and between meals increases the feeling of fullness. Individuals then consume less food and calories at mealtimes before feeling satisfied. People who follow this regimen are able to effectively lose up to 44 percent more weight over a three-month period. Drink cold water. In this way, the body spends more energy to heat the fluid to the body’s temperature.

Adequate hydration also increases metabolism. A mere 17 ounces of water has been shown to boost metabolism by 24 to 30 percent. The effect lasts for up to 90 minutes. Drinking two liters of water or other fluid daily increases energy output by up to 96 calories.

Many people suffer the symptoms of a hangover after a night of indulgent alcohol consumption. Alcohol is a natural diuretic. Beer in particular triggers the body to excrete urine. As a result, dehydration occurs, which leads to headaches, fatigue, cottonmouth and thirst. By hydrating during the evening while partying, hangover symptoms are reduced or eliminated. Drink at least one glass of water during the night or before bedtime.