Kombucha tea is a fun, carbonated sweet/sour drink that has been around for thousands of years. Originating in China, Kombucha then spread to Japan, Russia, and eventually found its way to the United States, where it has become a popular drink option both for its unique taste and added health benefits.

The basic ingredients of Kombucha include tea, sugar, and yeast. Once combined, the drink is set aside for several days, allowing the mixture to create bacteria, acid, and carbonation. This process is also known as fermentation and is the same method used in bread making, yogurt, and sauerkraut (amongst others).

Today kombucha is a drink not only renowned for its distinctive taste but also for the health benefits it contains. There are many ways that kombucha aids in total health. Kombucha is not just a beverage that tastes good; it is also good for you.

Through the fermentation process, kombucha produces acetic acid, other acidic compounds, alcohol, and large amounts of bacteria. These lactic-acid bacteria contain probiotics. Probiotics are good gut bacteria. The gut can often be the forgotten organ, a part of the body that can often be taken for granted but is instrumental to your health.

Good gut health can repeal issues like irritable bowel syndrome and affect your total health. Probiotic-rich and fermented foods like kombucha carry good gut bacteria, which can aid in restoring and keeping the gut happy and healthy.

Keep in mind that some kombucha drinks are unpasteurized (meaning that they aren’t exposed to the high temperatures that kill off microorganisms that carry disease). Due to kombucha’s naturally bacteria-rich state, that means that some harmful bacteria and microorganisms can grow with the good. However, to truly get the probiotic benefits, kombucha provides the drink needs to be unpasteurized. Because of this, it is recommended only to buy unpasteurized kombucha from reputable brands and to be extra careful when brewing the beverage at home.

Antioxidants are amazing. They are a substance that fights free radicals (molecules that can fight cells). Many health professionals agree that ingesting antioxidants from foods and beverages instead of supplements can be better and more beneficial for the body. The antioxidants in kombucha support healthy cell function and boost overall health. Just make sure to grab a kombucha that contains tea in the ingredient list; otherwise, the drink likely won’t include these awesome antioxidants.

Beverages are one of the number one sources of added sugar in people’s diets. Kombucha is naturally sweet (although the drink can contain added sweeteners). However, replacing an ultra-sweet drink such as soda, coffee (with added sugar), and even juice with this fizzy beverage can help you cut back on the amount of sugar in your everyday diet.

There is also a study that showed that kombucha slowed down the digestion of carbs in rats, which reduced the animal’s blood sugars. Kombucha made with green tea is even better, since green tea has also been shown to lower blood sugar levels.

Green tea is an extremely healthy drink option, one of the healthiest on the planet. Green tea contains many bioactive compounds such as polyphenols (that become super healthy antioxidants in the body). Drinking green tea can also aid in creating healthy body functions, such as increasing the number of calories you burn, reducing belly fat, improving cholesterol levels, help manage blood sugar, and more. Some studies show a correlation between drinking green tea and a reduction in the risk of prostate, breast, and colon cancer.

Therefore Kombucha made from green tea can contain many of these same compounds and boast a lot of the great benefits that green tea provides. Kombucha studies made on animals have shown an improvement in two of the markers of heart disease LDL (not good) and HDL cholesterol (good). Tea, especially green tea, protects LDL from oxidation, which health care professionals believe contributes to heart disease. People who drink green tea are shown to be 31% less likely to develop heart disease.

Doctors are also studying how kombucha and green tea might affect cancer. Test tube studies have shown that kombucha may help prevent the growth and spreading of cancerous cells due to the high concentration of tea polyphenols and antioxidants. How the anti-cancer properties of tea polyphenols work are not entirely understood, nor has it been confirmed that kombucha (even that made of green tea) has these same properties. However, more studies and research is being developed on this subject. 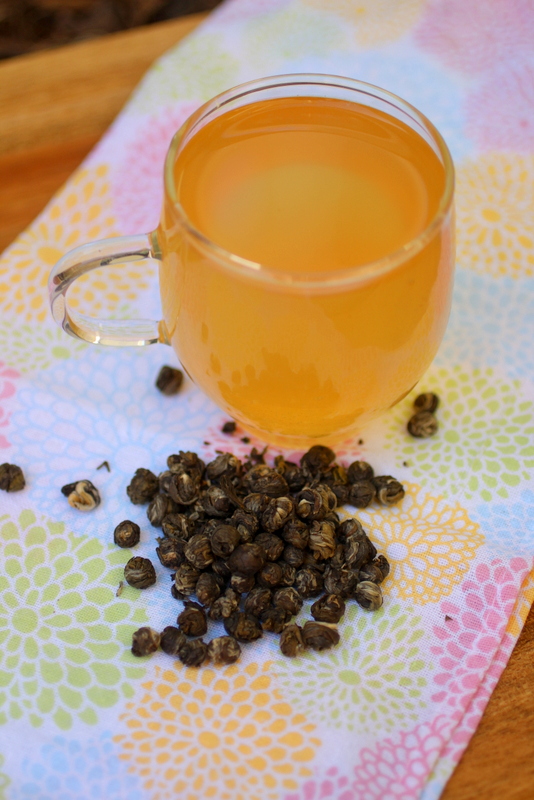 Through the fermentation process, kombucha (when appropriately made) contains good probiotic bacteria that aid the body. But kombucha can also help in killing off harmful bacteria because one of the other substances made during the fermentation process is acetic acid (which can also be found in vinegar). Acetic acids are acids that have the potential to kill harmful microorganisms. Kombucha made from black or green tea has also been shown to have plenty of antibacterial properties, specifically infection-causing bacteria and candida yeasts. The antibacterials work to suppress the growth of harmful bacteria and yeasts but do nothing to harm the awesome probiotic bacterias and yeasts that are created during the fermentation process.

Kombucha is not just a uniquely tasty drink; it also has health benefits, which make it a beverage that is both delicious and healthy. From antioxidants and probiotics to lowering cholesterol and reducing blood sugars and even more, kombucha has many positive benefits. Science is still developing research and creating studies to look more closely at the specific ways kombucha boosts total health and helps fight disease, but it is clear that kombucha still has many benefits, ones that we know, and ones that are yet to be found. Kombucha is not a cure-all remedy; it is not a magic potion that you can drink and suddenly be healed. But it is a drink that has multiple health benefits for the body and can be a powerful tool in your path to total health.

Just like everything, kombucha should be consumed in moderation. It is recommended not to consume more than 4 ounces of kombucha three times a day.